Average rating of 6 reviews.
Add to your favoritesRemove favorite
6 PhotosPhotos from visitors (1)
Read the reviews (6)Write a review
ContactCreate a PDF to print

Héliomonde is a family naturist camping village near Paris offering a relaxing holiday in the heart of a huge forest just 45 km from Paris.

Correcting the data of Héliomonde 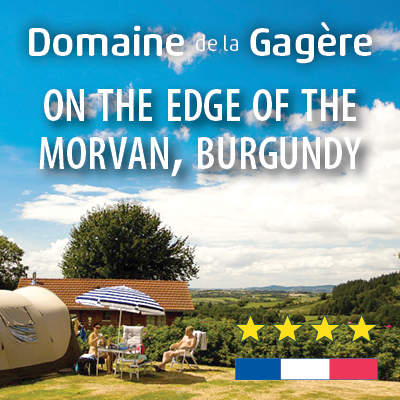 Opinions and experiences of visitors with Héliomonde

Lots to keep you occupied here with very extensive facilities. Forest walks and within easy reach of Paris by the local train.
Terry & Val | 26-08-2020
More reviews by Terry & Val (23)
We spent a single night here, in our tent, as part of a short 'tour' of French naturist campsites, on our way home to the UK. It is pleasant enough, with opportunities for nice walks in the forest that is part of the site, and a plus is the absence of cars on the campground; you are given use of a golf buggy to transport your stuff from the car park, which is a little inconvenient, but fun! The majority of the site is given over to residents/semi-residents, staying in mobile homes and some ingenious cabins and other structures, outnumbering campers, and giving it the atmosphere of some landed clubs in England. As a stopping-over site, especially given its close proximity to Paris, we would recommend staying here, although, for longer stays, it seems to lack the appeal of other French sites.
G Carter | 25-08-2020
More reviews by G Carter (3)
Have visited this camp on five occasions and found it great. Clean cabins,? great pool and sauna.
However the restaurant ( i.e. Cafe) is something else.
I appreciate their is a language barrier but here the customer is never right. We ordered chicken and chips but when it turned up it was cold. Asking if it could be put in a microwave, I was confronted by the chef, who I believe is the owner, who's bullying, threatening behaviour you don't expect anywhere. The only thing he was missing was his kitchen chopper. Told me it was served like that all the time snd that was it. Feeling threatened, we took the food away and heated in in our cabin microwave.
John & Sara | 15-08-2017

Once again at this very well equipped and clean site in Rural France, within easy reach of Paris.
With the Euro at 1.38 and the use of ACSI card this site was £11.59 per night for a good pitch with electricity.
Terry & Val | 23-05-2015
More reviews by Terry & Val (27)
I have just ended my second visit, each time as a stopover, motorhome, to more Southern parts. Again impressed greatly, it's such an easy going place with excellent pool, sauna etc. good restaurant.

The other campers are very sociable and friendly, no problem making new friends. I also like the efficient check in. Make sure you have INF (British Naturism) card.
Phil Bughes | 14-07-2013
More reviews by Phil Bughes (3)

Very relaxed site in a quiet and pretty location. Good for activities with a 25m pool, tennis courts, table tennis and a 3km naturist walk/run path through the forest.
Terry and Val | 06-06-2011
More reviews by Terry and Val (27)